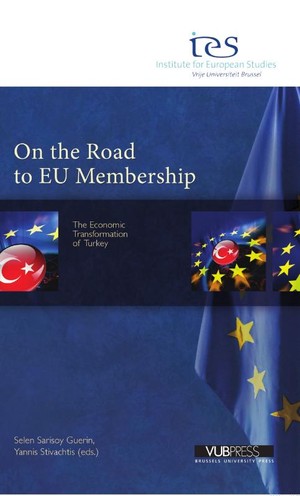 On the Road to Eu Membership

the Economic Transformation of Turkey

Enlargement is one of the most established policies of the EU given the success of the past waves of enlargement. Turkish membership of the EU, after more than forty years in discussion, is today a hot topic that has generated many concerns and challenges at both the EU and in national parliament levels. Since accession talks commenced in October 2005, this significant debate among politicians, policy-makers and academicians has mostly focused on economic and political factors as well as concerns over Turkey s large and growing population and its questionable record of human rights and democracy. These concerns are closely linked with the potential impact of eventual Turkish membership on EU decision-making as well as the economic costs on the EU budget and EU s absorptive capacity.

Political concerns over Turkish membership already generated vast literature as well as the economic costs of enlargement for the EU. However, there continues to be a lack of information and understanding regarding the economic costs for Turkey.

This book focuses on the experience of Turkey to date in fulfilling its EU membership requirements and its impact on Turkish economy. It begins by evaluating the economic dimension of the EU-Turkey enlargement negotiations process; it follows by assessing the current strengths and weaknesses of the Turkish candidature by outlining how well Turkey has fared so far and finally, it details the implications of the accession negotiations for various sectors of the Turkish economy.

This book is of interest to both policy-makers and all scholars of the EU enlargement process as it provides an in depth stock-taking exercise of the economic transformation of Turkey, much of which currently takes place away from media coverage.

Selen Sarisoy Guerin is assistant professor at Vrije Universiteit Brussel and senior researcher at the Institute for European Studies since November 2009. Selen received her PhD in Economics from Trinity College Dublin and has been the Head of Trade Policy Unit at Center for European Policy Studies, a Brussels based think tank, before joining IES. As a recognised authority on developing international trade agreements, her research interests include all aspects of Turkey s economic integration, EU s trade policy and foreign direct investment, global imbalances and international capital flows.