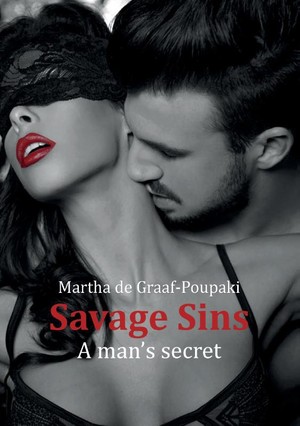 It’s crazy. How did this start with fire? Burning when I met you, with desire. It’s crazy. How did we get to this? We both fell for something. We didn’t know exists… The best hit songs were written after breakups… This was my way, to tell about my last heartbreak. My relationship with Jake started as a stupid bet and ended in a bad romance. So I decided to move on. I had it all! Finally I became a famous writer. I had a new life and a relationship with two wonderful men. Until Jake crossed my path once again and tempted me, like the devil was sitting on my left shoulder. He was someone I couldn’t resist; he was one of my seven savage sins… Wrath: “Whatever begins in anger, ends in shame?” Jake chose the sweetest words to get in to my heart, and the most poisonous actions to break it! Now he is sorry and wants me back. Envy: “Jealousy is the tie that binds, and binds, and binds.” Jake never wanted me but he couldn’t let me go either. Gluttony: “The gluttons dig their own graves, with their teeth.” Jake was hungry for attention, not love. Sloth: “What is right is often forgotten by what is convenient.” My feelings for him were clear, Jake had never the heart to open and give love back. Hubris: “We are rarely proud when we are alone.” Winning for him, to boost his ego, was always a thing for Jake, and never will give you credit for anything. Avarice: “To greed, all nature is insufficient.” What I achieved, Jake had to do it better, bigger and grater. It was never enough. Lust: “Sex is the consolation when you can’t have love.” Jake and I had a great sex appetite for each other, but when it came down to it, afterwards he dumped me like I was some kind of trash. I wrote this book for him, for Jake! To let the world know, what for a man he really was. He was a devil disguised in a form of an angel. I was a great writer, and writers don’t forget! Everything you’ve done, it could be used against you.