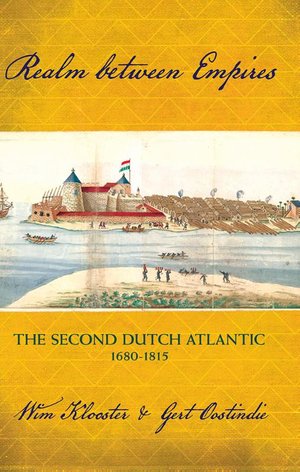 Wim Klooster and Gert Oostindie present a fresh look at the Dutch Atlantic in the period following the imperial moment of the seventeenth century. This epoch (1680–1815), the authors argue, marked a distinct and significant era in which Dutch military power declined and Dutch colonies began to chart a more autonomous path. The loss of Brazil and New Netherland were twin blows to Dutch imperial pretensions. Yet the Dutch Atlantic hardly faded into insignificance. Instead, the influence of the Dutch remained, as they were increasingly drawn into the imperial systems of Britain, Spain, and France. In their synthetic and comparative history, Klooster and Oostindie reveal the fragmented identity and interconnectedness of the Dutch in three Atlantic theaters: West Africa, Guiana, and the insular Caribbean. They show that the colonies and trading posts were heterogeneous in their governance, religious profiles, and ethnic compositions and were marked by creolization. Even as colonial control weakened, the imprint of Dutch political, economic, and cultural authority would mark territories around the Atlantic for decades to come. Realm between Empires is a powerful revisionist history of the eighteenth-century Atlantic world and provides a much-needed counterpoint to the more widely known British and French Atlantic histories. Wim Klooster is Professor of History at Clark University. His previous books include The Dutch Moment: War, Trade, and Settlement in the Seventeenth-Century Atlantic World, also from Cornell, as well as Revolutions in the Atlantic World: A Comparative History (NYU Press) and Illicit Riches: Dutch Trade in the Caribbean, 1648–1795 (KITLV Press). Gert Oostindie is Professor of Colonial and Postcolonial History at the University of Leiden and Director of the KITLV/Royal Netherlands Institute of Southeast Asian and Caribbean Studies. Among his previous books are Postcolonial Netherlands: Sixty-five Years of Forgetting, Commemorating, Silencing (Amsterdam University Press) and Paradise Overseas: The Dutch Caribbean – Colonialism and Its Transatlantic Legacies (Macmillan).